Every election cycle, the National Rifle Association (NRA) takes their members’ money and showers it on the Republican candidates Mitch McConnell and Paul Ryan tell them to. When the election turns out well for the Republicans, the NRA rushes out to take credit:

NRA demonstrated precisely why we and the gun owners we represent are the most powerful force in American politics. Thanks to the unique passion of NRA members and gun owners, we have an unparalleled power to mobilize voters in support of candidates who defend our rights, and against those who oppose them.

The NRA, with an assist from Bill Clinton, has carefully cultivated this narrative since 1994:

In 1994, Bill Clinton signed the Violent Crime Control and Law Enforcement Act into law, commonly known as the “Clinton crime bill.” The legislation contained a ban on hundreds of semi-automatic firearms. That year, NRA worked aggressively in the midterm elections to defeat lawmakers who supported the semi-automatic ban.

As a result of their support for gun control, Democrats lost control of Congress. Bill Clinton would later write in his autobiography that “The NRA had a great night. … The gun lobby claimed to have defeated 19 of the 24 members on their hit list. They did at least that much damage and could rightly claim to have made [Newt] Gingrich the House Speaker.”

Also in his book, Clinton identified the NRA as responsible for former Vice President Al Gore’s failed 2000 presidential campaign. In particular, he pointed to the NRA’s influence in Tennessee, Arkansas, West Virginia and several other states.

This story of 1994 and 2000 has been thoroughly debunked, but the NRA myth has recently returned with the two big Republican wins in 2014 and 2016. Digging into the campaign finance data, the NRA and its message has no impact in the outcome of federal races.

The NRA placed big bets on the 2016 elections. They spent over $30 million supporting Donald Trump and attacking Hillary Clinton. Guided by the Republican congressional leadership, they spent $21,728,979.20 on Republican congressional candidates and 86% of those dollars went to winning candidates. The bulk of their independent expenditure money went to attacking Democrats ($17.4 million, 79.9%) and in Senate races (79.6%, $17.3 million). They put the most money attacking Deborah Ross in North Carolina. However, in the races they attacked Democrats, they represented only a small share of the total amount of outside money spent in the races they chose. 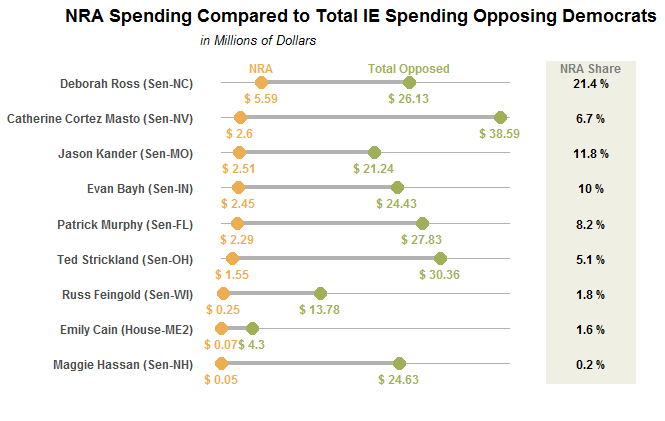 Independent expenditure money supporting the Republican was not significant in predicting whether Democrats won or lost in 2016. The $4.4 million the NRA spent promoting Republicans made no significant difference (this goes similarly for the $122 million other groups spent on this activity).

It takes a lot of money to make an impact with independent expenditure spending. In isolating the effect of each factor:

So when the NRA spent $5.6 million attacking Deborah Ross, we can expect that it reduced the probability of her winning by 5.8 percentage points. On the surface that seems significant (despite that she only had a .2% chance of winning heading into Election Day). However, is this a result of money spent by the NRA on the “gun rights” message or simply because the NRA spent money attacking a Democrat? Separating NRA spending from other independent expenditures shows no significant impact for the NRA’s money. 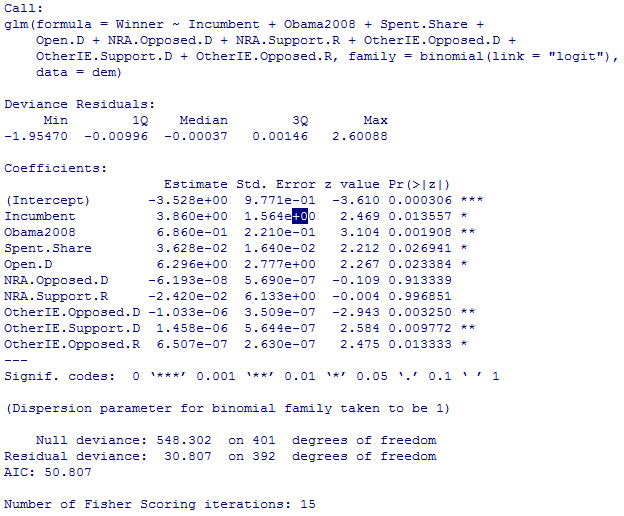 The same thing was true in the 2014 congressional midterms: 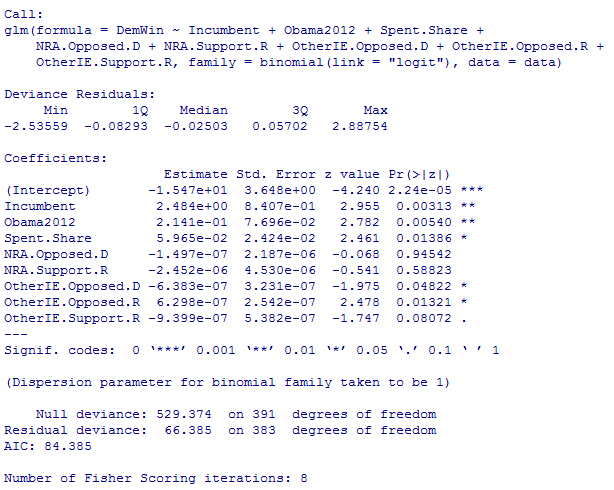 The NRA has a great marketing scam. They tell their members that they should give money to “protect the Second Amendment” and the NRA is the most powerful lobbying group in the country that single handedly wins election. This data tells a different story. The NRA’s money is only impactful in its being green. Mitch McConnell and Paul Ryan gleefully accept it because it helps Republicans win. That’s the extent of it. The “gun rights” message of the NRA has no significant impact and is not winning elections. NRA members might as well just give their money to support the Republican leadership in Washington and cut out the middle men in Northern Virginia. They are only subsidizing million dollar plus salaries of Wayne LaPierre and other executives and consultants for ineffective work.