Democrat Doug Jones beat Roy Moore in Alabama last night 49.9% to 48.4%. As the maps below show, Jones did better than Hillary Clinton in many part of the state. Moore flipped many counties, particularly in the Mobile area. 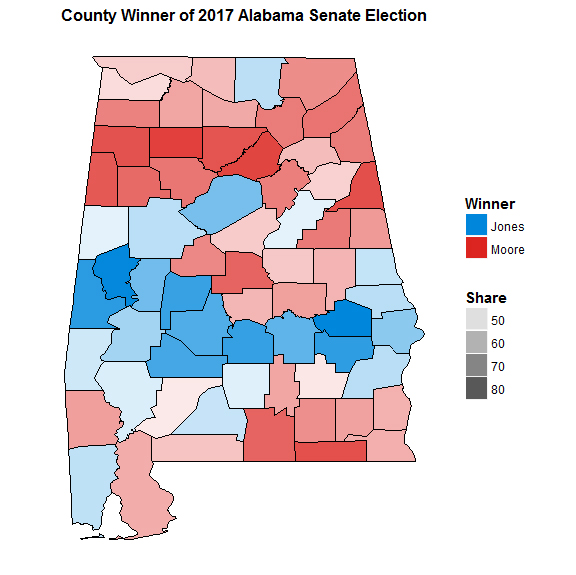 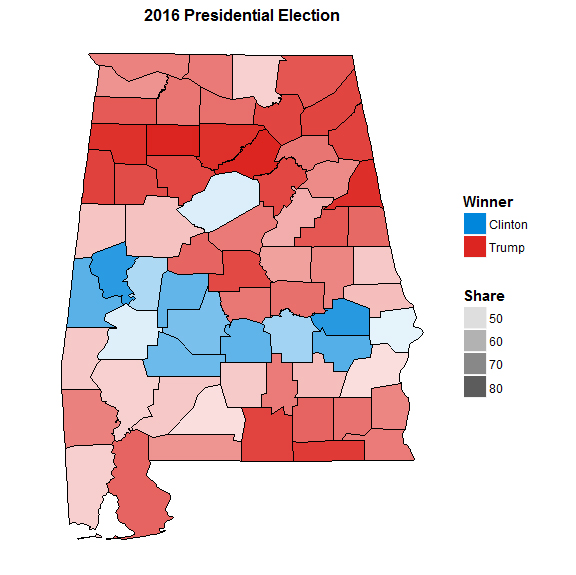 This is all the more stunning because Democrats haven’t been able to compete in Alabama since 2006 where they have been blown out consistently in statewide races. Now that a Democrat has won, we can look at how a winning coalition in Alabama has evolved over time.

From 1998 to 2006, Democrats were involved in several close races. These include:

Geographically, though, Jones cut a new path to victory. Compared to this average, he outdid previous Democrats in the larger counties of Montgomery, Jefferson, Lee, Tuscaloosa, Mobile, Shelby, and Baldwin.

Moore, on the other hand, did much better in a sizeable number of small counties, particularly north of Jefferson and outside of Hunstsville, and in the southeastern part of the state. 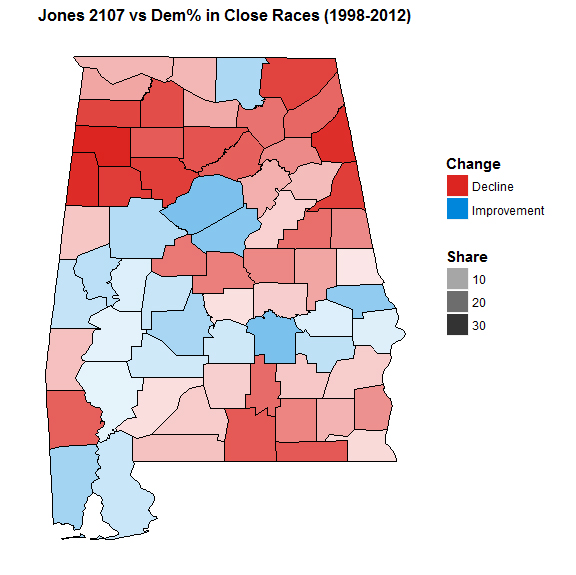 This mirrors the national trend exacerbated in the 2016 election where Democrats perform well in highly populated parts of the country and poorly in small, white, rural counties with a small share of whites with college degrees. Doug Jones showed how Democrats can win in this environment in a Republican state with a large African-American population.

Oh, and we should never believe nonsense like this again when the media preemptively blames African-Americans for Democratic losses that have yet to even occur.