The US Senate has taken 36 votes so far in 2018. They passed a budget, failed on Dreamers (so far), and confirmed many Trump nominees. The chart below shows the groups of senators who vote most often with their colleagues. Various groups on both sides of the aisle emerge. These are senators whose votes correlate more than 90% of the time. 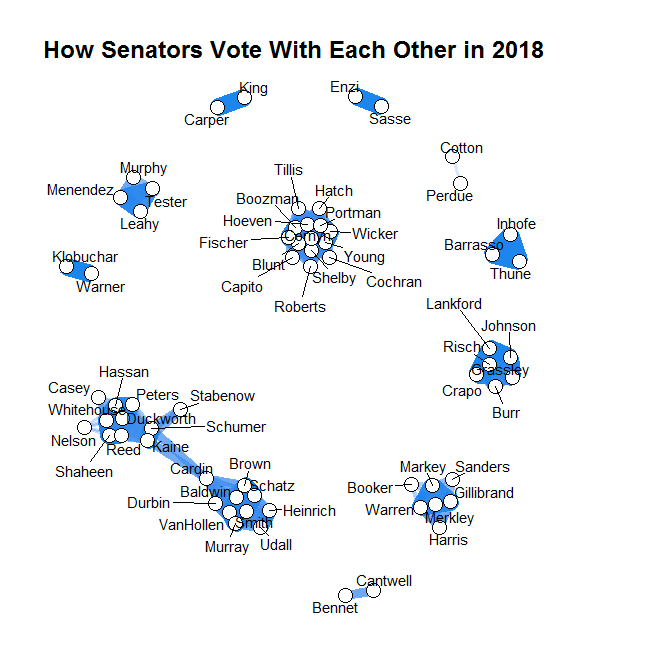 The other half of the Senate have more individualistic voting patterns. 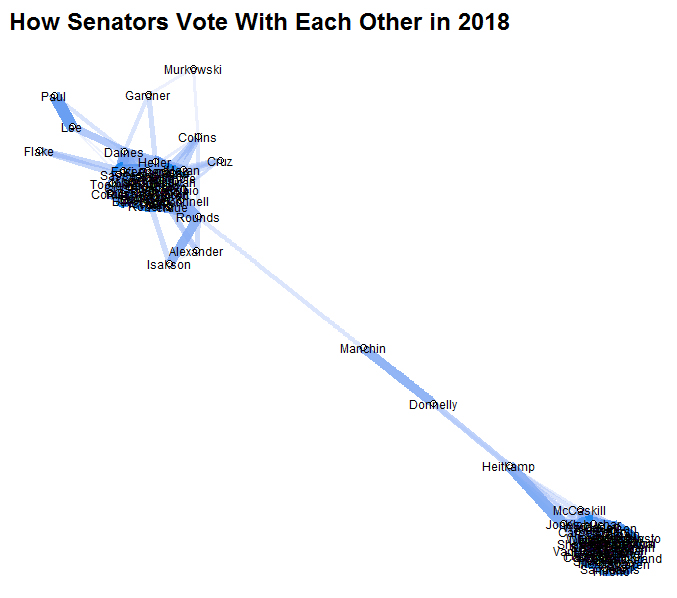 Joe Manchin (WV) and Joe Donnelly (IN) serve as the bridge between the two parties. Manchin correlates with Donnelly and Republican Shelly Moore Capito (WV). Donnelly correlates with Heidi Heitkamp (ND) who then correlates with the blob of Democratic senators. The Republicans have more outliers from the party core. Ron Paul (KY), Mike Lee (UT), Jeff Flake (AZ), Johnny Isakson (GA), Lamar Alexander (TN), Mike Rounds (MT), Ted Cruz (TX), Susan Collins (ME), Cory Gardner (CO), and Lisa Murkowski (AK) break most often from the party and from each other. The Democrats are voting more cohesively this year.